The Whaleys claim that God spoke to them directly and told them that Jane Whaley was destined to be the pastor who led the church. 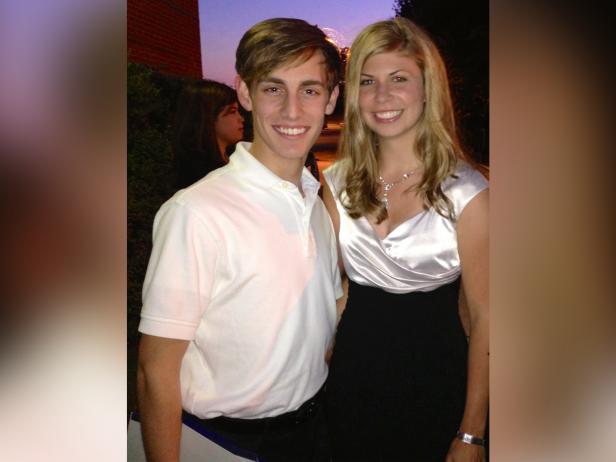 SPINDALE, NC — On January 27, 2013, a 19-year-old named Matthew Fenner alleged that he was held against his will and severely beaten during a church service at Word of Faith Fellowship.

Fenner had become a member of the Word of Faith when he was a teen struggling with his sexuality. He identified as gay, and in the cult, his sexual orientation was treated like a “demon” that had to be exorcised, according to People Magazine.

His ordeal, and those of other former church members, are described in detail in a new episode of Investigation Discovery's People Magazine Investigates: Cults. Fenner was not the only former church member to allege that he had been abused by the church. Since leaving the church, many former members have alleged that they experienced brainwashing — as well as extreme physical and emotional abuse.

Jane Whaley, a former math teacher, started Word of Faith in 1979 as a non-denominational church focused on evangelical teachings. At her side was her husband, Sam Whaley, a former used-car salesman who became an ordained minister. The couple claimed that God spoke to them directly and told them that Jane was destined to be the pastor who led the church. Jane claimed that she wanted to minister to the poor, but she soon made it clear that there were only two options for her followers: Her way, or the highway — to Hell.

“Jane’s way of salvation is the the only way," Word of Faith Fellowship ex-member Christina Bryant attests. “Only the chosen are meant to be here, and if you leave you are going to go to Hell." 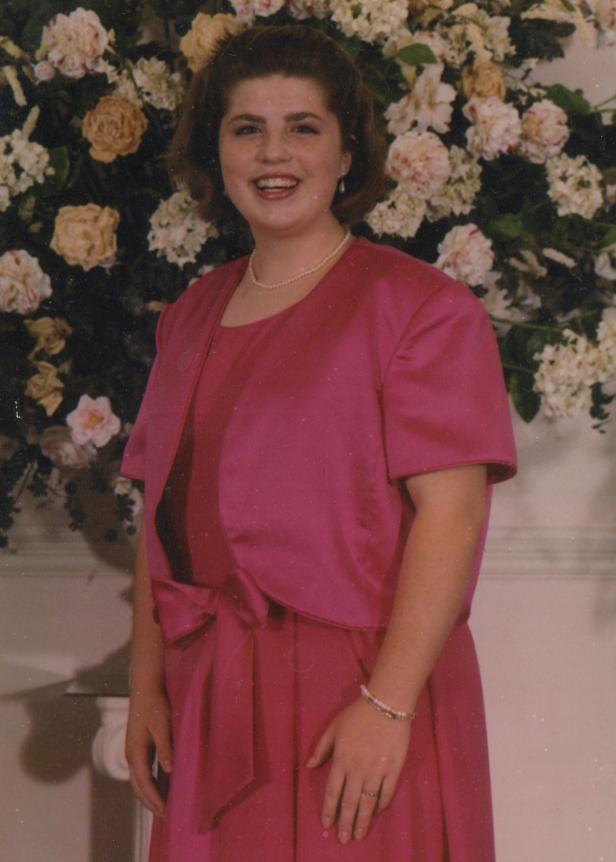 Bryant's mother, Vincenta del Toro, gave birth to Christina when she was 17. A few years later, after del Toro struggled with health and financial issues, she became more focused on her religious beliefs. That’s when a Word of Faith member shared an audio cassette of a group service with her – and she was blown away. “It was just amazing. I had never heard singing like that before. It was blowing out of the tape like a trumpet,” she said.

In May 1994, del Toro attended her first service. Soon after that, she became a member of the church, and said that she began to separate her children from anything that the church reportedly considered “worldly” — including cartoons and playing outside.

Former member Bryant said that she will never forget the moment she attended her first Word of Faith Fellowship service — and realized that this was no ordinary church. “Everyone started screaming around me,” she said. She says she remembers watching, horrified, as church members held her two-year-old brother down while he cried. Word of Faith referred to this as “blasting," which was meant to ward off evil spirits by screaming into the face of the afflicted and shaking their fists.

Eventually, Bryant's family moved to Spindale to be closer to the congregation. But after a few months, her father left. But she, her mother, and her four siblings remained.

When she was 15, Bryant began attending the Word of Faith Christian School. Many members were allegedly assigned to work, often for very low pay, at businesses run by prominent church members. Busy with constant church services and long working hours, followers had no time to question the rules. And the list of rules was long, according for former members. Members were reportedly allowed no blue jeans, no sleeveless tops, no makeup, no Sprite. Church members were not allowed to begin relationships or even to buy cars without consulting the Whaleys first, ex-members claim.

By the early 2000s, the ministry had expanded to around 700 members in North Carolina, and they also had additional ministries in Ghana and Brazil.

Those who disobeyed the rules soon learned that they had a price to pay, former members say. In addition to the congregation "blasting" people with prayer, worshippers were assigned a minister. Ministers were ordained by Jane, and placed in charge of individual families. When a minister came into a church member’s home, many former members say that physical abuse occurred — and claimed that severe corporal punishment also happened at school.

In 2002, a group of teens infamously known in the church as the “five boys” were reportedly secluded in a room and stopped from having contact with the rest of the church for about a year. No one really knew what the boys did, but after Jane allegedly labeled them "wicked" they were put into seclusion. The boys reportedly had to listen to tape after tape of Jane preaching, were kept out of school, and allegedly abused by ministers.

When she was 17, ex-member Bryant said that she went to a “medical minister," who had qualified as a podiatrist, with foot pain. She says she ended up having multiple surgeries on both feet that were recommended by the doctor — procedures which she now believes were completely unnecessary. “He was operating on people continuously,” she said of the doctor.

After graduation, Bryant started training to become a nurse. When she was 23, she made the decision to escape the cult. Once she left, she says she never looked back.

Another former member, Danielle Cordes, grew up inside the church. When she was a teen, she was introduced to Matthew Fenner. Without divulging his sexual orientation to her, church members arranged for Cordes and Fenner to begin dating, she claims. On the night of his alleged assault, Fenner was called by one of Jane’s ministers for extra prayer after church to save him from his supposed "demons" of homosexuality.

Cordes described the horror of witnessing her friend being surrounded by congregation members. “Everyone’s beating his chest and grabbing his neck extremely tight. Punching him, literally everywhere. This went on for hours,” she claimed.

Fenner alleges that hours later, the group finally released him. Beaten and bloodied, he was reportedy driven home by his alleged attackers. He then escaped in the dead of night — and was finally free of the church.

A few weeks after he fled, Cordes called him — and he picked her up so that she could make her escape as well. Fenner wanted to press charges, but he soon began to believe that the church appeared to have influence that extended outside its walls.

Over the years, there have been multiple allegations of abuse against adults and children by Word of Faith members, but the charges have often reportedly been dropped. Attorney Paul Ditz says that he believes that this is because many of the members have prominent connections within the community.

In December 2014, five church members were indicted in Rutherford County in connection with Fenner's alleged assault.

In 2018, other members were arrested on charges related to alleged unemployment fraud. All four have since pleaded guilty.

Despite the church’s legal troubles, and an extensive investigation into the alleged abuses by the Associated Press, the church continues to thrive in North Carolina.

Matthew Fenner is still waiting for his day in court. Cordes says that although she has escaped, many of her family members are still involved with the church — and tearfully says that she hopes that she will see them again one day. 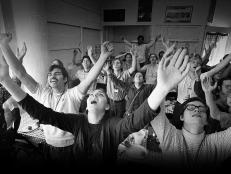 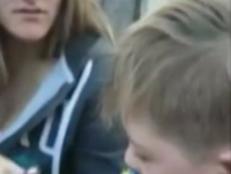 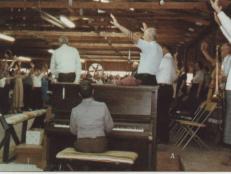 Leader Sam Fife reportedly preached that only “sinless perfection” could save followers — and the church would go to any extreme to enforce it. 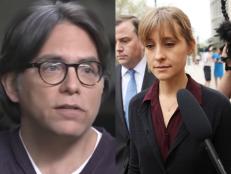 Inside the alleged “sex cult,” where a Hollywood star reportedly recruited women who were branded and groomed to be sex partners for the leader, Keith Raniere. 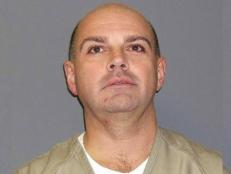 Who Is Larry Ray? The Dad Accused Of Running A Sex Cult In A Sarah Lawrence Dorm Room

The ex-con’s alleged grip on a group of Sarah Lawrence students is being likened to that of allegations made against R. Kelly and NXIVM. 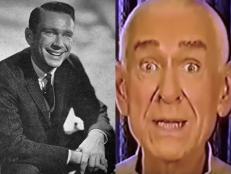 Heaven’s Gate: The UFO Cult & The 1997 Mass Suicide That Shocked The Planet

How Marshall Applewhite and his followers killed themselves, believing they’d ascend to a spaceship inside a comet. 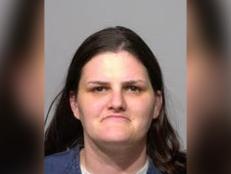 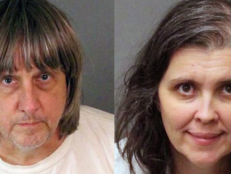 A new book alleges that David and Louise Turpin secretly tortured their 13 kids while splurging on themselves. 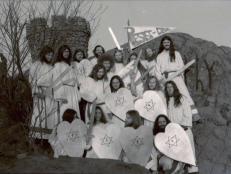 Leader Julius Schacknow used his knowledge of scripture and his charisma to manipulate young women, telling them that it was God's will that they sleep with him. 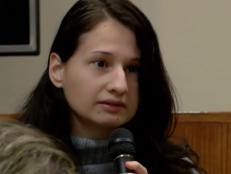