Dread & Breakfast: Would You Stay In A Murder Hotel?

In 2016, it was reported that Los Angeles’s infamous Cecil Hotel, later called the Stay on Main, will be getting the boutique makeover.

Matthew M. Baron, president of Simon Baron Development, stated, “We are going to redevelop it from the doorway to the roof and everything in between.” The hotel, which began as a glamorous, Art Deco destination in the 1920s, never really recovered from the Depression. In recent years, it has been known mostly either as an SRO for down-on-their-luck transients or as a cheap hostel marketed toward European tourists. Thirty of the residence rooms were occupied at the time, and tenants were eligible for temporary or permanent relocation benefits, Barbara Schultz, an attorney for the Legal Aid Foundation of Los Angeles, told The Times.

Baron wants to change the hotel’s image with the $100 million renovations. “The idea is to appeal to the demographic that you see that’s coming to downtown L.A., [such as] younger millennials,” he said. He may even add a rooftop pool.

It isn’t just the pervasive aura of drugs, prostitution, and transients that have plagued the Cecil, however. 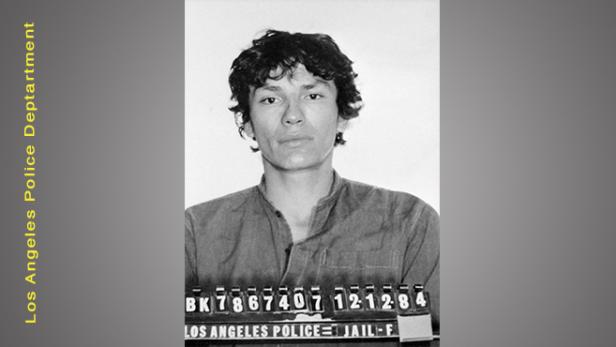 During the blood-soaked Satanic killing spree in the 1980s of serial killer Richard Ramirez, known as the Night Stalker, he is known to have stayed at the Cecil. It’s said he'd ditch any bloody clothing in the hotel’s dumpster or trash chute on his way back to his room, and that the vibe there at the time was so sketchy that a half-dressed or even naked man walking through the hotel wouldn’t raise much of an alarm.

Then, in 1991, Jack Unterweger, an Australian journalist, lived in the hotel while he was covering crime in Los Angeles. He used his angle of studying local crime as research to pull off his own serial killings, as he favored strangling prostitutes with their own bras. It’s speculated he stayed in the Cecil deliberately out of reverence for the Night Stalker.

The hotel has also been the site for so many window-jumper suicides that the Cecil took on the nickname “the Suicide.“

As recently as 2013, the Cecil was in the headlines again due to the mysterious death of college student Elisa Lam. When hotel guests complained about the water having a bad smell and issues with the pressure, maintenance found her naked body floating in a water tank in the roof, where she had been for two weeks. Gives a little shiver to the idea of that rooftop pool, huh? Her death has never been explained.

An elevator surveillance video of the last-known moments she was seen alive has been the cause of even more controversy and mystery. Her behavior is odd and erratic, and some speculate she was being followed, having a psychotic episode, was on drugs not tested for in toxicology, or was even possessed by the spirit of Richard Ramirez.

In another eerie detail, her Tumblr blog has continued to be updated after her death.

These are only the most famous tragedies the Cecil is known for. In a hotel of its age, in a neighborhood that has been a Skid Row for most of its existence, one can only imagine how many other dark times have passed in its rooms. In fact, the producers of the “Hotel” season of American Horror Story took the Cecil as inspiration, changing its name to the Hotel Cortez. Richard Ramirez even shows up as a character on the show.

Baron told LAist, “You have to keep in mind that part of the history of this hotel is that it was located in a pretty rough part of town for a long time, which will tend to attract some of the things that happened. I think there are a lot of buildings on Skid Row or in other neighborhoods that may have had issues—maybe not to the extent or not as publicized as [The Cecil Hotel]—but that doesn’t necessarily mean there’s anything wrong with the building itself.”

This news about the storied Cecil Hotel led us to think about other hotels that have a sordid past. And to wonder, do people stay in them despite their histories, or do they seek out the spaces with macabre associations for a morbid frisson? Baron addressed this concern to the L.A. Times, acknowledging that for some, the grisly history is what draws them there. “Quite frankly,” he said, “a lot of people already come there out of curiosity.” Would you stay in one of these five hotels? 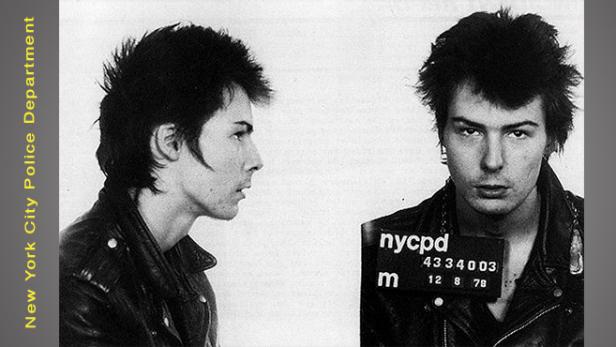 Although built in 1883, the “Chelsea Hotel” became famous and infamous in the 1970s, not only for the free-spirited and artistic residents but for the murder of Nancy Spungen, girlfriend of Sid Vicious of the Sex Pistols, on October 12, 1978. Other notable deaths that have taken place there: the suicide of author Charles L. Jackson, the death of artist Moses Soyer, the death of musicologist Harry Smith, the death of fashion designer Charles James, and the death of the painter Alphaeu Philemon Cole. For a sexier vibe, stay in room 822, where Madonna shot photographs for her SEX book and Taylor Momsen’s band The Pretty Reckless did a photo shoot.

The hotel, although some longtime residents still live there, has not been accepting any new guests for years, and has been under renovation. It plans to open again in 2019.

Punk musician Johnny Thunders, of the New York Dolls and the Heartbreakers, passed away on April 23, 1991, in room 37 of the St. Peter House in the French Quarter.

Thunders had been using drugs for years and was traveling with a large supply of methadone to help him stay away from heroin. New Orleans police were content to rule his death a drug overdose, but those close to him were never convinced. Thunders’ manager, Mick Webster, has said, “We keep asking the New Orleans police to reinvestigate, but they haven’t been particularly friendly. They seemed to think that this was just another junkie who’d wandered into town and died.” Despite the fact that Thunders’ money, passport, and other belongings were missing from his room after his death, Webster says the police said nothing about that. He also has other misgivings: “I’m told the characters Johnny was seen with the night he died were serious underworld types … one of them was later sent to prison for armed robbery,” Webster said. He also claims that Thunders had been off heroin for a long time, and though he was traveling with the methadone, which had been prescribed by his doctor, none of it was found in his system during the autopsy. Another factor in his passing could be the fact that he was also suffering from leukemia, although that was not determined to be his cause of death. No one knows for sure whether it was foul play or not, but there is enough doubt to call the death of Johnny Thunders mysterious. 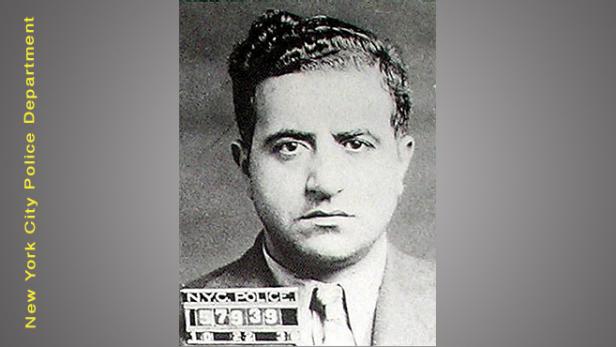 For those with an interest in Mob history — this hotel has seen the hits on two famous gangsters go down. In 1928, the notorious Arnold Rothstein was gunned down while playing cards in one of the suites. Albert Anastasia, the head of the infamous Gambino crime family, was just trying to get a shave in the hotel’s barbershop when he was shot. Today, the hotel boasts, “Our mix of exciting amenities pay homage to our glamorous past.” Their website makes no mention of a barbershop, however.

In 1892, 32-year-old Lizzie Borden was accused of the brutal ax murders of her father, Andrew, and her stepmother, Abby. It’s said that tensions were high at home in the weeks preceding the murders, with both Lizzie and her sister Emma leaving to stay elsewhere in the weeks before. While being interrogated, Lizzie’s testimony was odd and contradictory, which didn’t help her case, although that could perhaps be explained by the morphine her doctor had prescribed her. Despite having been the only suspect, and the fact that she was seen burning a dress right after the murders, she was acquitted. No one was ever charged for the murders.

The Borden family had been wealthy, living in a well-appointed Victorian house with live-in servants, which Lizzie and her sister Emma inherited, along with a considerable fortune. That house is now a bed and breakfast, with an emphasis on ghost-hunting. You can choose to stay specifically in the room where Abby Borden was struck almost 20 times with an ax blade, or you can even rent the entire house for, say, a wedding.

This hotel, a three-time winner in Trip Advisor’s Dirtiest Hotel in America survey, seems to be known more for it’s filth and bedbug infestations than anything else. But in addition to those horrors, it has been the scene of many deaths.

The year 1931 saw two suicidal jumpers — George R. Sanders jumped from the 14th floor, falling through the ceiling of a next-door restaurant; and Olga Kibrick leaped from the roof. The next year, the body of James M. Fairbanks was found on a lower roof of the building; he killed himself the night before he would have been sentenced in an embezzling case. Author William Lindsay Gresham wrote his torrid Nightmare Alley while staying at the Carter. He committed suicide there in 1962 after learning he had cancer of the tongue. More recent years have seen several more deaths and murders with less sensational details. But the most recent, in 2007, was when the body of a former member of goth band The Nuns, Kristine Yitref, 33, was found murdered, wrapped in garbage bags under the bed in room 608. 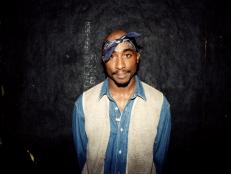 5 Wild Theories About The Unsolved 1996 Murder Of Tupac Shakur

To date, the murder of Shakur remains unsolved, and theories about the crime run rampant. 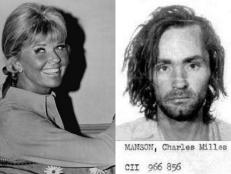 What Did Doris Day's Son Have To Do With The Manson Family Murders?

How the movie star's son, Terry Melcher, reportedly ran afoul of Manson — and may have been the killer cult's real target. 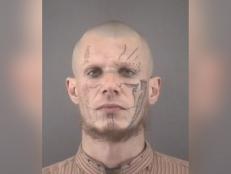 Who Is The Infamous Pazuzu Algarad & What Is He Known For?

Meet the accused suburban Satanist who allegedly sacrificed animals, boasted about cannibalism, and killed himself while awaiting trial for murder. 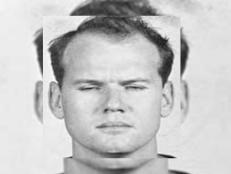 Crime History: The Sad Death Of Sam Sheppard, The Doctor Who Inspired "The Fugitive" 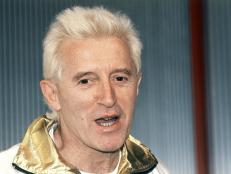 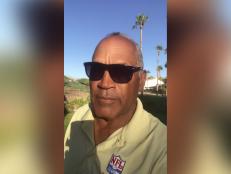 From a Hall of Fame football hero to a suspected double murderer to an armed robber to an ex-con fantasy football fanatic — Simpson's life has been a roller-coaster. 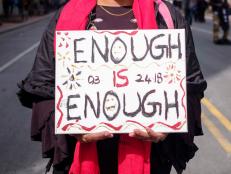 Support these organizations and do your part to bring the world together and fight for a fair and just society. 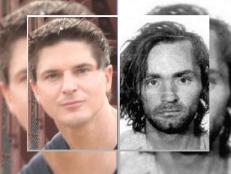 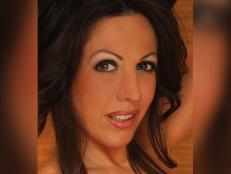 5 Things To Know About The Case Of Amy Fisher, The 'Long Island Lolita'

According to legal documents, Amy Fisher whipped out a .25-caliber handgun, blasted Mary Jo Buttafuoco in the face, and took off.