The heartbreaking and stomach-turning undoing of Dorothy Stratten immediately mesmerized the public. 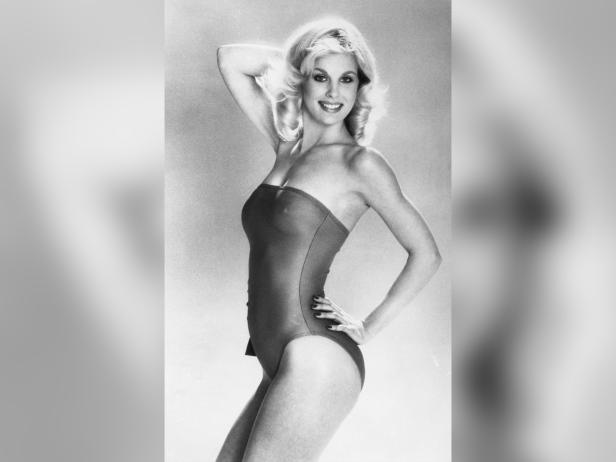 On August 14, 1980, Paul Snider, 29, reportedly strapped his estranged 20-year-old wife, Dorothy Stratten, into an “odd sexual device” of his own making.

Snider then reportedly placed a Mossberg 12-gauge shotgun against Stratten’s face and squeezed the trigger. He then allegedly sexually violated her corpse before blowing off his own head. When Snider’s landlord walked in on the scene, tiny ants were reportedly scurrying all over both bodies.

Snider had been his wife’s manager, as well as a creator of the Chippendales male strip show franchise. At the moment of her murder, Stratten reigned as Playboy magazine’s Playmate of the Year and seemed to be a TV and movie actress on the rise.

The heartbreaking and stomach-turning undoing of Dorothy Stratten immediately mesmerized the public.

It also blasted an undeniable hole in the “Girl Next Door” fantasy Playboy had been peddling for decades. Peter Bogdanovich, one of the most acclaimed and successful talents of the 1970s “New Hollywood” movement, reportedly never recovered career-wise.

Stratten's tragic end inspired a number of pop-culture tributes and examinations. Here are seven of the most noteworthy.

The Vancouver-based rock band Prism formed in 1977 and scored a number of local hits before breaking big and winning the 1981 Juno Award (Canada’s version of the Grammys) as Group of the Year. Local girl Dorothy Stratten, who worked at the Dairy Queen, reportedly loved their music.

In early 1980, Stratten presented Prism with platinum albums at a celebration of the group’s success. That October, the band paid tribute to their murdered friend with the single “Cover Girl,” cowritten by Canadian superstar Bryan Adams.

“I managed to sit alone with [Dorothy] by an ocean-view front window and we chatted as two Vancouver kids would. But I had a strong sense to advise her to keep her eyes open and keep safe in the whirlwind of success, which I never actually spoke to her. I think of this every time I drive past the Dairy Queen.”

Prism broke up in 1984 and has subsequently reunited in different forms. [Dorothy Stratten Tribute Site]

The New York Times, in particular, praised "Death of a Centerfold," stating, “The movie works remarkably well in building a dramatic momentum. Jamie Lee Curtis's Dorothy is a thoroughly understandable, if not sympathetic figure. And Bruce Weitz is extraordinary."

After Bryan Adams co-wrote “Cover Girl” for his fellow Canadian rockers, the Ontario native penned his own musical requiem for Dorothy Stratten, “The Best Was Yet to Come.”

“The Best Was Yet to Come” appears on Adam’s multi-platinum breakthrough LP, Cuts Like a Knife. [Song Meanings]

"Star 80" is reportedly named for the vanity license plate on a Mercedes that Paul Snider purchased with money generated by Dorothy Stratten. In his last film, writer-director Bob Fosse (the iconic Broadway choreographer and acclaimed "Cabaret" filmmaker) proves throughout to have an devastating eye for such uncomfortable details.

To portray Stratten, Mariel Hemingway famously underwent breast-augmentation surgery. Her performance is, fittingly, stellar. Eric Roberts is unforgettable as Snider, first as an oily pimp-type and ultimately as an unhinged monster. Cliff Robertson plays Hugh Hefner, reportedly at the request of the "Playboy" publisher himself.

Critics largely praised "Star 80," and it proved to be an enduring hit on cable and home video. The soundtrack includes Bryan Adams’ “The Best Is Yet to Come.” [New York Times] 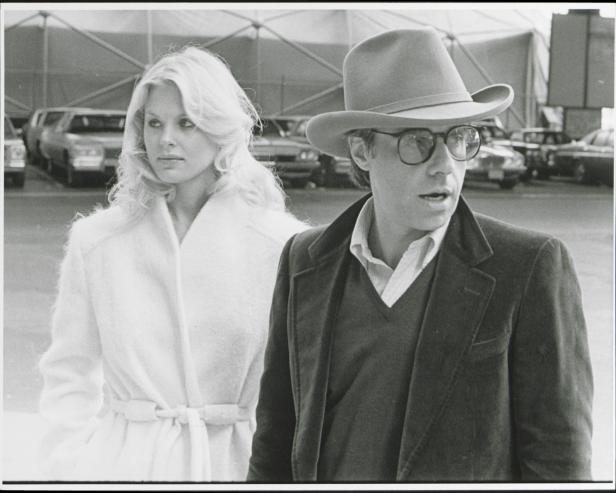 UNITED STATES - Director Peter Bogdanovich speaking to girlfriend, former PLAYBOY playmate and actress Dorothy Stratten, on location of their film 'They All Laughed', 1980. (Photo by The LIFE Picture Collection via Getty Images)

Photo by: Dorothy Stratten and Peter Bogdanovich on location of their film "They All Laughed," 1980 [The LIFE Picture Collection via Getty Images]

Dorothy Stratten and Peter Bogdanovich on location of their film "They All Laughed," 1980 [The LIFE Picture Collection via Getty Images]

Filmmaker Peter Bogdanovich reportedly met Dorothy Stratten at the Playboy Mansion and promptly cast her in "They All Laughed" (1981), the all-star romantic comedy that went on to bankrupt him.

The director and his muse dated. In time, Stratten moved out of her home with Paul Snider and into Bogdanovich’s residence. Hugh Hefner, according to numerous accounts, was livid. Snider, of course, became homicidal.

"The Killing of the Unicorn" recounts the tragedy from Bogdanovich’s point-of-view. He blames Hefner for “damaging” Stratten and vehemently criticizes just about every aspect of "Playboy" as a force for personal and societal destruction.

In 1985, Hefner suffered a stroke. He blamed it on stress caused by Bogdanovich’s accusations.

To put it mildly, neither the press nor Bogdanovich’s Hollywood peers took kindly to "Unicorn," either. The director’s reputation suffered and, three years later, it underwent another downturn among many observers when he courted and then married Louise Stratten, Dorothy’s sister. On their wedding day, Louise was 20 — the same age as Dorothy had been when she died (the couple divorced in 2001). [People] 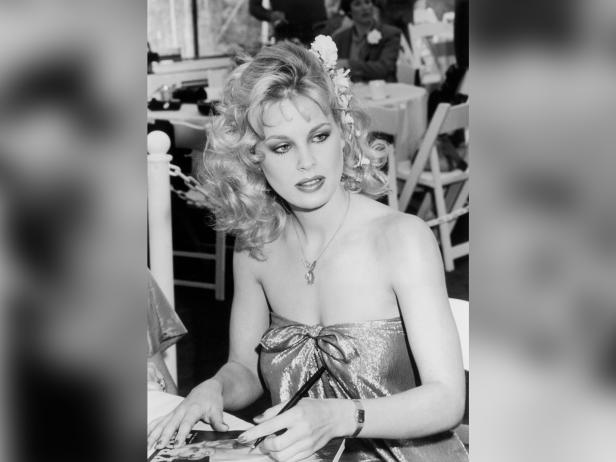 Photo by: Dorothy Stratten at a reception at the Playboy Mansion, May 1980 [Fotos International/Getty Images]

Dorothy Stratten at a reception at the Playboy Mansion, May 1980 [Fotos International/Getty Images]

The "Playboy"-produced VHS release "Dorothy Stratten: The Untold Story" compiles the murdered Playmate’s copious nude work with the company and behind-the-scenes pics and video into a biographical documentary. [IMDB] 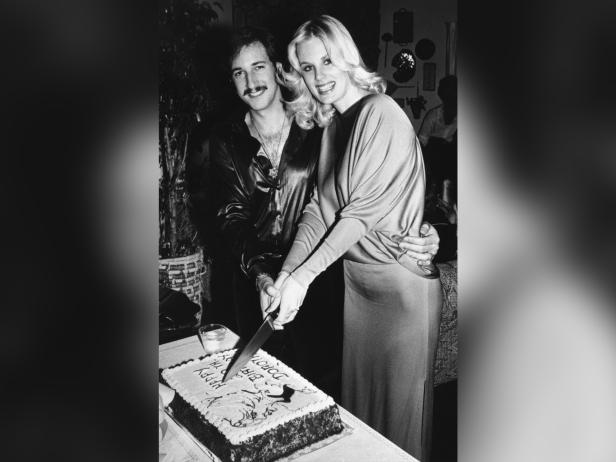 7. "BEST OF BOTH WORLDS: THE UNAUTHORIZED METAPHYSICAL AUTOBIOGRAPHY OF DOROTHY HOOGSTRATTEN" by RICHARD KOEPKE (2009)

Included here to showcase the ongoing grip Dorothy Stratten’s death has held on the popular conscious for decades — and how weird that can get — "Best of Both Worlds" is a bizarre undertaking that declares on its back cover:

“Can a murdered person come back from the grave to tell her autobiography through the voice of a psychic medium? During the summer of 1980, a young Canadian beauty, Dorothy Stratten, and her husband, Paul Snider, were murdered in Los Angeles under mysterious circumstances and a shroud of cover-up.”

Author Richard Koepke claims he wrote it while channeling Stratten’s spirit from the afterlife. He describes himself as “a therapist, ordained clergyman, and psychic medium.” [Amazon] 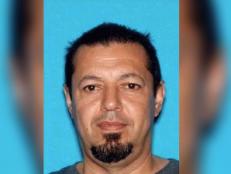 Fatal Parking Lot Shooting May Have Been Love Triangle Murder

Martin Jesus Godinez was last seen driving a 2003 gold Chrysler Town and Country minivan with license plate: 5CKF285. He could be armed and dangerous. 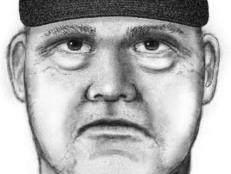 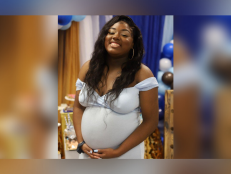 Plus: Brian Laundrie’s father joins the search for his fugitive son; a group of investigators believe they’ve identified the Zodiac Killer; and a convicted con man on the run for decades is possibly spotted at a Dodgers game.

The gunman was arrested for groping women and recently fired from his teaching job for inappropriately touching a student. 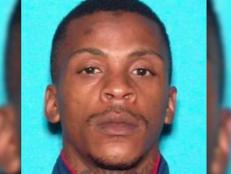 According to the Los Angeles Police Department, authorities are seeking a white 2016 Chevy Cruze with California license plate 7RJD742. 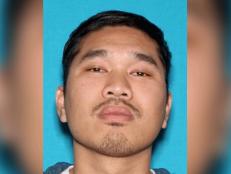 Hieu Trung Nguyen is wanted for the 2017 murder of a beloved figure in San Francisco’s LGBTQ community. 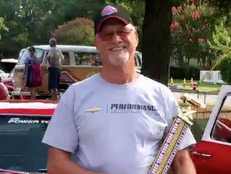 Did This 70-Year-Old Grandfather Stage His Own Suicide, Or Was He Murdered? 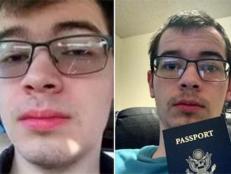 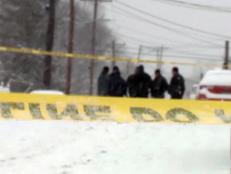 Witnesses say the trio had been engaged in a long-running feud before the deadly incident. 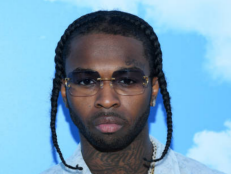 Detectives reveal how they were able to identify multiple suspects after the rapper's death.